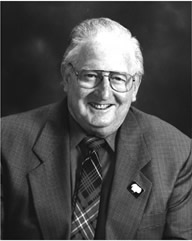 The Publican of Wingen pub, an innovative chap,
Thought: “A world wide competition would give the pub some class.
‘Twould be fitting for the Wingen pub, as Wingen is its name,
And whingers whinge here anyway, if whingeing were the game.”

So a whingeing competition was arranged, and whingers came
From all points of the compass in search of whingeing fame.
There were whingers from America, and from England too,
Where I’m told that whingeing well is what the English do.

The judges came from Sydney, where the world’s best whingers live,
Each carefully selected, so that they could give
Whingeing credibility; two women, and one man,
Whingers of renown themselves, and so the games began.

Most whinged about their spouses, their bosses, or their farm,
The government, the council, the things that threatened harm,
The Wingen Whingers did OK, and some scored them ahead,
But the Pommy whingers went real well, and most thought that they led,
Then there came a stranger, with a beaten, hangdog look,
Like a cross between a fly-blown sheep, and a worn out battery chook.

He whinged about his physique, from his head down to his toes,
He whinged about the fact that he could never pick his nose
Because his grimy fingernails were bitten to the quick,
And then this whingeing whinger tried another whingeing trick.

He whinged in graphic detail about his operation,
The hospital, the surgeon, the maggot infestation,
Even hardened drinkers thought he’d gone a bit too far,
They had never heard a whinger whinge with whinges so bizarre.

It was worse than sixty minutes, and went on even longer,
He showed no sign of tiring, his voice kept getting stronger,
The judges tried to gong him. He insisted he be heard,
And the ghost of Hanrahan was there, applauding every word.
This whingeing virtuoso had all three judges cringin’
In the whingeing competition in the Wingen pub in Wingen.

He drew a tiny, mini breath. They prayed that he’d run out,
But: “There are some other matters I intend to whinge about….”
“NO MORE!!!” Sobbed the judges. “DESIST. BE QUIET. SHUT UP.
WE DECLARE YOU CHAMPION. YOU HAVE WON THE WHINGER’S CUP!!!”

“It isn’t very big,” he whinged. “I thought it would be gold.
And publican, your beer’s too warm, and your pies too cold.
Your bar stools need more padding. You’re air conditioning’s stuffed.
Your TV’s bloody awful, and your clientele’s too rough.
Your toilet’s are disgraceful. You should be arrested,
Your service is abysmal, and your barmaid’s too flat-chested.”

The locals threw the champion out. “Begone, and don’t return..
There is whingeing, and there’s whingeing. That’s something you should learn.”
Things are back to normal now the whingeing champion’s gone,
From the Wingen pub in Wingen, which is not too far from Scone.”

The publican’s had second thoughts. With eardrums badly scarred,
By such high speed non stop whingeing, so now all whingeing’s barred.
But should you want to whinge a bit, or see hows it is done,
Just amble up, in horse week, to the Royal Hotel, in Scone.