The Riding of the Rebel 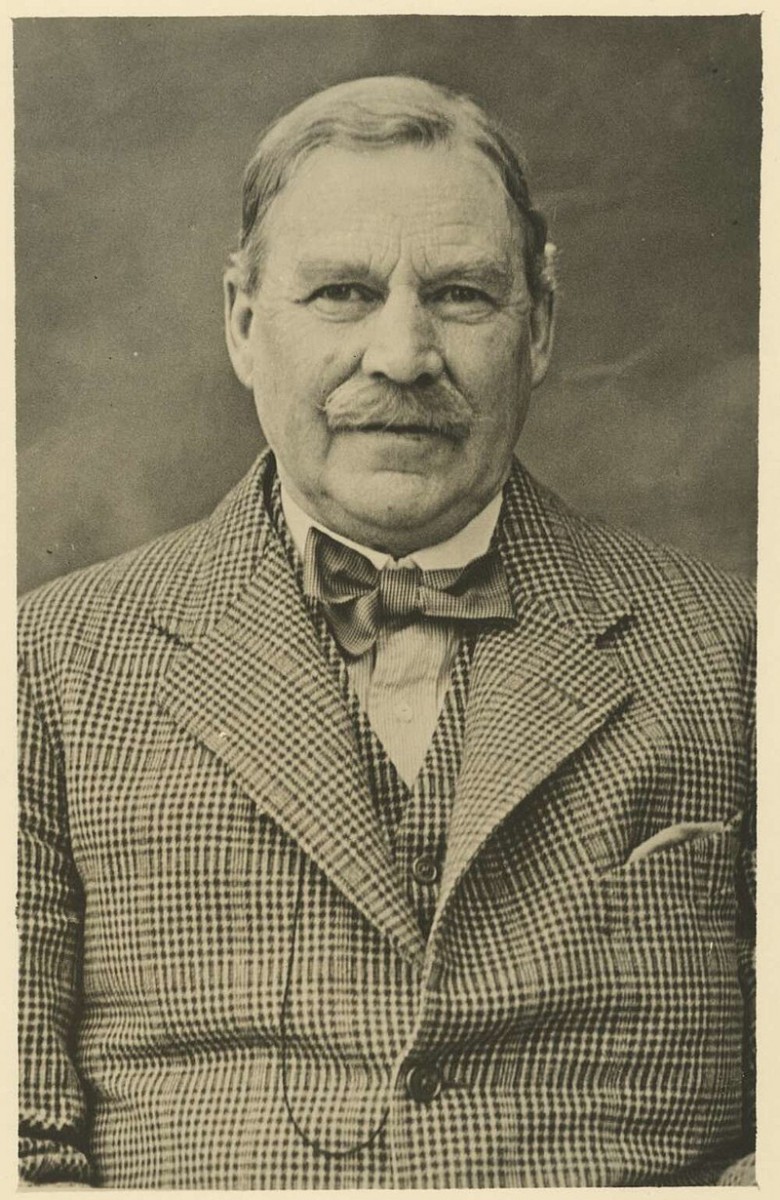 (21 August 1869 – 30 January 1963) was a Scottish-Australian narrative poet and horseman, jackaroo, and drover, and described as a quiet-spoken handsome Scot of medium height, with a fair moustache and red complexion.

He was the Red Creek overseer, a trusted man and true,
Whose shoulder never left the wheel when there was work to do;
Through all the day he rode the run, and when the lights grew dim
The sweetest wife that ever loved would wait and watch for him.
She brought him dower of golden hair and eyes of laughing blue,
Stout heart and cunning bridle-hand to guide the mulga through;
And when the mob was mustered from the box flats far and wide
She loved to mount the wildest colts that no one else would ride.

And once it chanced a wayward steed, half-mouthed and roughly broke,
Denied the touch of gentle hand and gentler words she spoke,
And, plunging forward like the ship that feels the autumn gales,
He reared and lost his footing and fell backwards on the rails.
Her husband bent above her with cold terror at his heart —
The form was still he loved so well, the wan lips would not part;
And all the day in trance she lay, but when the stars smiled down
He heard his name low-whispered and he claimed her still his own.

And afterwards he spoke his fear: “Heart’s love, if you should die! . . .
Unless you take our orders from some other man than I,
You shall never finger bridle, never mount on horse’s back,
Till the outlaw on Glenidol is a broken lady’s hack!”
There’s an outlaw on Glenidol that is known through all the West,
And three men’s lives are on his head, bold riders of the best;
The station lads have heard the sneer that travelled far and wide,
And flung the answering challenge: “Come and teach us how to ride!”

Roll up, ye merry riders all, whose honour is to guard!
We’ve mustered up the ranges and the Rebel’s in the yard,
His open mouth and stamping foot and keen eye flashing fire
Repeat the temper of his dam, the mettle of his sire.
Roll up, ye merry riders all, from hut and camp and town!
You’ll have to stick like plaster when the stockyard rails go down.
But the boss will come down handsome, as the boss is wont to come,
To the first who brings The Rebel under spurs and greenhide home.

And the stockmen heard the challenge from the Cooper to the Bree,
And rode from hut and cattle camp by one and two and three
To keep their horseman’s honour clean and play a hero’s part,
To best the bold Glenidol boys and break The Rebel’s heart.
And Ruddy Neil, the breaker, from the Riverine came through
With all the latest breaking-gear and all the wiles he knew,
But ere the saddle was secured, before a girth was drawn,
The Rebel’s forefoot split his skull they buried him at dawn!

Marora Mick, the half-caste, from the Flinders River came
To give the South-the-Border boys a lesson at the game;
But he got a roguish welcome when he entered New South Wales,
For The Rebel used his blood and brains to paint the stockyard rails!
And Mulga Jack came over from the Yuinburra side
The horse was never foaled, they say, that Mulga could not ride;
With a mouth as hard as a miser’s heart, a will like the Devil’s own,
The Rebel made for the Stony Range, with the man who wouldn’t be thrown;

The Rebel made for the Stony Range, where the plain and the scrub-land meet,
And the dead boughs cracked at his shoulder-blade, the stones leapt under his feet,
And the ragged stems of the gidyeas cut and tore as they blundered past . . .
And Jack lay cold in the sunset gold he had met with his match at last.
And once again the challenge rang, the bitterer for scorn,
And spoke the bold Glenidol boys, their jackets mulga-torn:
“A week have we been hunting him and riding fast and hard
To give you all another chance The Rebel’s in the yard!”

And the stockmen heard the challenge from the Cooper to the Bree;
But “I’m getting old!” “I’m getting stiff!” or “I’ve a wife, you see!”
Came whispered to the border; and the horse they could not tame
Had saved Glenidol from disgrace and cleansed a sullied name.
But ere the reddening sun went down and night on the ranges broke
A stranger youth to the slip-rails rode, and fastened his horse and spoke
Softly and low, yet none so low but that every man there heard:
“I’ve come to tackle your outlaw colt,” — and he looked as good as his word.

He bridled The Rebel in failing light, and saddled the colt and drew
The straps of his gearing doubly tight, and looked that his “length” was true.
He mounted The Rebel and gave the word, and the clattering rails went down,
And the outlaw leapt at the open gate and into the shadows brown;
But he settled himself to the soothing voice and the touch of the fondling hand,
As it followed the curve of his arching neck from wither to forehead-band;
His flanks were wet with the fresh-sprung sweat, his shoulders lathered with foam,
And he bent to the bridle and played with the bit as he came at a canter home.

And the boys were dumb with wonder, and sat, and the Red Creek overseer
Was first to drop from the stockyard fence and give him a hearty cheer.
He raised his hat in answer and the golden hair floated free!
And the blue eyes lit with laughter as she shouted merrily:
“You can reach me down my bridle, give my girths and saddle back,
For the outlaw of Glenidol is a broken lady’s hack!”