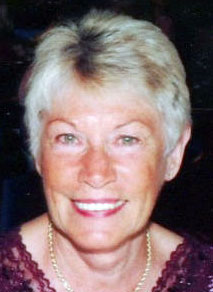 “Where is the Boomerang Hotel?” they asked with eyes awide,
“We’ve never seen it advertised in any tourist guide.

“While camping near the Cawnpore Hills we saw the Min Min light –
So eerie and uncanny as it faded in the night.

“We’ve searched for gold and sieved for gems in ancient river beds,
Where Nature’s fervid turbulence with fiery beauty weds.

“We’ve fished for barramundi in the Gulf and at the Cape,
We’ve seen the town of Cowra where the prisoners made escape.

“We’ve been to Uluru, the Olgas, sailed across Bass Strait
Where gruesome tales are told of how the convicts met their fate.

“We’ve seen the billabong of which The Banjo wrote the words
That waltzed Matilda round the Globe, by which our souls are stirred.

“Rain forests of North Queensland where the leeches sucked our blood,
To remote, western properties of brahman cattle stud.

“The gorges of the Kimberley, the pearling town of Broome
Whose azure waters cover depths where divers met their doom.

“But all throughout our travels ‘neath Australia’s Southern Cross
The Boomerang Hotel, my friend, we’ve never come across.”

“The Boomerang Hotel,” I said, “is easy to locate,
You’ll find it just where’er you want in any Aussie State.

“My Boomerang Hotel is by a western waterhole
Whose beauty and serenity quite captivate my soul.

“Where river gums caress the land, where vibrant bird life teems,
Where each shade of the sunrise on the water softly gleams.

“Where I can pitch my tent and watch a pelican swim by,
Where I can boil my billy and catch fish with bait or fly.

“This fav’rite spot of mine with which I have a love affair
I call my Boomerang Hotel and keep returning there.

“It’s where I’d like to end my days, from city stress afar,
To camp amongst the river gums and native coolibah.

“To ponder on this ancient land where Time has cast its spell –
Yes, here beside this waterhole’s my Boomerang Hotel.”