Ric is the webmaster of bushverse.com. He wrote it back in 1999 when the internet was a baby. He has written several pieces of bush poetry and also plays guitar and sings old bush songs.

The poem “Broomehill-Billys’ (Wayne’s first real effort) sums up the first half of his life as a Baby-Boomer, growing up in the Great Southern region of WA. It begins with:

“I’m a cross between a shearer and a Catholic,
and, fair dinkum, I was Christened in the pub”.

The inevitable consequences of this 1952, gravel road, kick start, provides a wealth of memories and inspiration. So too does the myriad of characters, and situations, in the building industry, for a bricklaying poet.

In 1967 he quit High School after only 2 years, and “flattering’ his age, came to work “full time” in bulk grain handling, wherever he was shunted. Playing footy in first the Central Great Southern, and then the Upper Great Southern Football Leagues, added to the travels, before the “Big Smoke” of Perth beckoned. 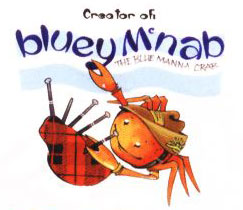 He soon became as sick of killing white ants in Perth, as he had with killing weevils “down home”. His niche emerged as mixing mud and pushing a wheelbarrow and shovel by day, and singing in pub rock bands at night. Whilst pushing his barrow under a scaffold, one day, a falling brick, knocked him out. He woke up with a trowel in hand and qualified to shout “Mud, bricks!”

Wayne also draws, on stints as a Sapper, Marathon Runner, hiker, Bolshy Local Government antagonist and “Put it Righter” for his poetic inspiration. What made it worse for politicians and councillors was the fact that he completed high school, at age 41, to gain university entrance, and actually learn things. It all became grist. A wonderful daughter, son, and now, a much better second wife, enhance life.

Using our unpretentious, Aussie vernacular, he believes it merely takes a little rhyme, rhythm and ratbag, for any of us to entertain others, in our traditional yarn-spinning way. Imagination and will, are seen as the only limiting factors, for we all have untold stories, and humorous points of view, which if expressed in dinky di Australian, will entertain.

He sees our genre as providing a unique and identifiable anti-dope for Californication. Once installed as Compassionate Responsible Australian President, and benevolent dictator, he would ensure it becomes compulsory. Whether or not, the missusus like it.

Approaching 55 years of age in 2007, he’s been hooked for 5 years, and hopefully for the next 45. It’s a change from singing in 70’s rock bands, but he still enjoys the stage, and will adapt some appropriate poems to music, when he catches his breath.

The bush upbringing is largely what he has been drawing on, to average a poem per month, for nearly four years. Simply, the knowledge that they are going to air on the ABC Great Southern and South Coast Breakfast show, to be shared with people, with whom he grew up, played footy, worked, and partied with, makes it enjoyable. Consequently, the everyday ironies, subtleties, quirks and twists, which might otherwise be ignored, tend to manifest themselves in verse, with local familiarity. This regular outlet prompts him to write and perform regularly.

All topics are fair game. Even the truth!

Dare he say it, but “Poetry competition” is an oxymoron to “The Broomehill-Billy”, and distracts. How many of us would enter a ” Lovemaking Competition”

It’s not what the message of other poets, for him to digest and interpret is about, he feels. However, if it brings poets together, the hoops need to be jumped through (until a formal C R A P decree is issued after the revolution).

He’d rather be a clown than a clone, and recite his own interpretation of a message, rather than parrot the delivery and style of others.

Retirement (in 10 to 15 years) may provide time to learn “proper” English and polish up his old nuggets. Meanwhile “Write, radio, recite – write again” brings home the, poetic, portly porker for Wayne. He feels we learn quicker by getting out there and getting bruises, and it’s more fun.

At this stage, he enjoys poetry at the earthy level of one Jolly Swagman spinning his yarn to another. That’ll change somewhat with the book and CD. The pen or the thumbnail must ultimately prove mightier than the trowel.

The talented and growing array of poets contributing to “Bushverse” continues to inspire as have the masters who led us here.